Eve of Nyepi (Balinese New Year) Festival..An "Ogoh-Ogoh" being carried in the big parade...On Nyepi day, evil spirits descend to see wether the island is inhabited by humans. That's why nobody is allowed to leave the house on that day: when the demons don't find anyone, they leave the island alone for another year. Tourists are confined to their hotels, the use of cars is forbidden and, since 2000, even international air traffic is banned..On the eve of Nyepi however, a great "Pratima" (town meeting) is held on Denpasar's Puputan Square, complete with Hindu rituals and offerings to the gods. After sunset, huge cardboard monster puppets called "Ogoh-Ogoh" mounted on bamboo grids are carried in a loud and vivid parade around town by groups of young men, before they are burnt. 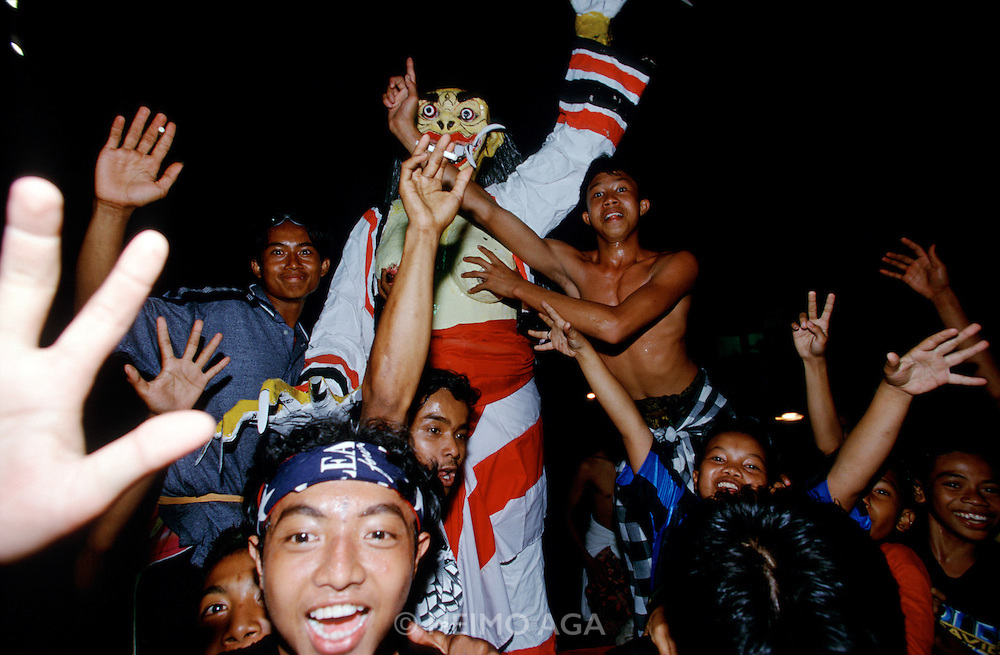